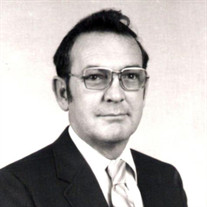 Kenneth H. “Ken” LeRoy, 91, of North Syracuse passed away on Monday, April 19, 2021. Born in Barre, VT in 1929, the son of the late Elizabeth McDonald and Glendon LeRoy, he attended Matheson grade school and Spaulding High School. He was mascot for the Vermont State Guard from 1942 until 1945 where he earned a War Emergency Radio Service (WWII radio operators) License which determined his future. He received word in November 1947 that he was on the list to be drafted, and at that time, he joined the Navy. Ken went on a blind date with a friend and met his future wife. He presented Gerri with an engagement ring Christmas 1948 and they married February 27, 1950. The marriage resulted in three children, Tom, Debra and Daina. They lived in several locations from 1950 to 1962 when they settled in Syracuse. In 1951, Ken applied for Nuclear Propulsion School which was three years at the University of Idaho. The school was named “that school,” because at that time it was classified top secret. His application was accepted pending a six year reenlistment. He reenlisted and subsequently was rejected for the school by Admiral Rickover because his mother was born in Canada. He completed the six year enlistment and was discharged in 1957. He went to work for General Electric (GE) as an Electronic Technician in Burlington, VT. He worked for GE for 33 years, retiring from Syracuse, NY. Ken and Gerri were active in craft shows in the Syracuse area from 1991 to 2008 when the retired from craft shows. Winters from 1991 to 2008, they traveled the country in a motor home, managing to visit all 48 lower states. The USA is a beautiful country. Surviving are his wife of 71 years, the former Geraldine E. Lamell; children, Tom Henry LeRoy, Debra A. (John) LeRoy-Elliott and Daina Clair (Bruce) Beckman; grandchildren, Michelle (LeRoy) Neske, Shawn Jankowski, Carrie (Christopher) Jankowski-McNish, Shannon Beckman and Jason (Jennifer) Beckman and great-grandchildren, Tony Hodges, Brittany Bethea, Tyler Neske, Reilly McNish and Lily Beckman. Private calling hours will be at Fergerson Funeral Home. Mass of Christian Burial will be Wednesday at 10:30 a.m. at St. Rose of Lima Church, North Syracuse and live streamed on his tribute page at FergersonFuneralHome.com. Burial, with military honors, will follow in Onondaga County Veterans’ Memorial Cemetery, Syracuse. Donations may be made, in lieu of flowers, to the Salvation Army, Give.salvationarmy.org, 677 South Salina St., Syracuse or St. Rose of Lima, StRoseNY.org, 409 South Main St. North Syracuse 13212.

The family of Kenneth Harold LeRoy created this Life Tributes page to make it easy to share your memories.

Send flowers to the LeRoy family.