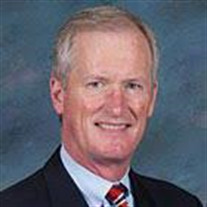 Dr. Richard Matthew Gray, 66, of Pasadena, CA, passed away unexpectedly in his home on Saturday, October 9, 2021. He was born to Henry and Bernadette (Ahern) Gray on April 20, 1955, in Syracuse, NY. Richard was raised in North Syracuse, NY, attended St. Rose of Lima Catholic Grammar School and the Christian Brothers Academy. Richard received a bachelor’s degree in Economics and Political Science from Fordham University and a PhD in Educational Administration from Syracuse University. His doctoral dissertation earned him the Franklin S. Barry Award for outstanding achievement in Educational Administration. Richard devoted his entire professional career to Catholic Education. He entered the De La Salle Christian Brothers and served as an educator and administrator in several Christian Brothers Schools. During the last thirty-five years, he has served as a teacher, Vice-Principal, Assistant Head of School, Headmaster, and President. Richard’s experience spans the spectrum of private and Catholic education from a residential center for delinquent boys to preschool through 12th grade institutions. Most recently, Richard served as the President of La Salle College Preparatory High School from 1999 until his retirement in 2019. Richard’s passion for the mission and vision of Catholic School education drove his life decisions. Besides his role in the schools, Richard was a frequent conference and workshop presenter; having delivered talks at the Institute for Catholic School leaders, the National Catholic Educational Association, the Association of Boarding Schools, the national Association of independent Schools, the California Educational Research Association, the American Evaluation Association, California League of High Schools, and the Lasallian Association of Second School Chief Administrators. Richard served as chair of accrediting Committees for the Western Association of Schools and Colleges in seven (arch)dioceses in California and the Pacific Rim and was a member of the National Catholic Educational Association, Western Catholic Educational Association, Lasallian Association of Secondary School Chief Administrators, and several national Catholic charitable organizations. Locally he served on the school boards of Saint Phillip the Apostle and Saint Andrew schools. Richard is extraordinarily accomplished on an academic and professional level but his biggest impact has been his relationships with people. Countless students, colleagues, donors, and near strangers will tell you about the inspiration, support, and laughter provided by “Dr. Gray”. He dedicated his life to the service of a higher power and those around him. He loved to travel, to learn, to read, to commiserate with loved ones, his cats, and of course his brightly colored Christmas sweaters. He will be forever remembered for his joyfulness, kindness, tough love, unwavering support, and his unforgettably unique and boisterous laugh. To his family, he was not just family, he was our friend. And to his friends, he was not just a friend, he was family. He is gone too soon but lived a full life most of us would struggle to achieve in twice that time. Our hearts hurt but we are grateful to have known him and are so proud of the life he lived. Richard is survived by his sister Kathleen (Jim) Klock, brother Stephen (Mary) Gray; niece and nephews Jay (Belinda) Klock, Jill (Dennis) Kindermann and Jonathan (Megan) Klock, and six grand nieces and nephews (Cara, Lily, Aubrey, Will, Bernadette and Julia) all of whom loved him very much. He was also survived by scores of friends, colleagues, and former students. He was preceded in death by his parents. Mass was held at 10 AM on Friday, October 29, 2021, at St. Rita’s Catholic Church, Sierra Madre where Richard was a parishioner for more than 20 years. A Prayer service will be held at Christian Brothers Academy in DeWitt at 10 AM on Saturday, December 4th 2021 with burial in St. Mary’s Cemetery, DeWitt NY at a later date. In lieu of flowers, the family requests that contributions be made to the Richard Gray San Miguel Scholarship Fund at https://www.lasallehs.org/giving/richard-gray-san-miguel-scholarship-fund

Dr. Richard Matthew Gray, 66, of Pasadena, CA, passed away unexpectedly in his home on Saturday, October 9, 2021. He was born to Henry and Bernadette (Ahern) Gray on April 20, 1955, in Syracuse, NY. Richard was raised in North Syracuse, NY,... View Obituary & Service Information

The family of Dr. Richard M. Gray created this Life Tributes page to make it easy to share your memories.

Send flowers to the Gray family.