Learn our story, from the beginning and into the future.

Ever since we opened our doors we have approached life (and death) differently. While some just see the end of a loved one’s life as a time for grief and mourning, we prefer to think of it as a time for reflection, appreciation and even celebration. This is evident in everything we do, from the way we conduct our services to the amenities we choose to offer. We are not a burial ground. We are a close knit community dedicated to honoring, sharing and preserving the amazing and inspirational stories that are life.

In a nutshell? Experience, professionalism, compassion, and empathy.

We've learned a lot over many years. Like how to present options without overwhelming. And how to meet the needs of many caring parties. People come to us in difficult times, and we respond kindness, calmness and expertise. Our goal is to create a beautiful occasion and make you feel welcome, always. We spend our days planning with families. We stay up to date with industry developments. And we make hard times a little easier.

One of the pioneering families of the area, the Fergersons hold a deep appreciation for the community, participating in North Syracuse's future growth and development. It was at Alfred C. Fergerson's home on South Main Street where the family funeral business began. However, it was his son and daughter-in-law, Alfred H. and Myrna B. Fergerson, who founded the firm in 1948. The business has passed through another generation, Alfred E "Fred" and his widow, Patricia H. Fergerson to their son, Alfred W "Bill"Fergerson. Still operating on the original Fergerson land in the center of the village, the Fergerson Family takes great pride in providing a valuable family service in a pleasant home-like setting.

The Fergerson home took over two years to build using local brick.  The house was a wedding gift from Fred’s great-grandfather, Charles Fergerson to Fred’s grandparent’s, Mr. and Mrs. Alfred C. Fergerson. This is a picture of the newlyweds on their new porch in 1908.

This picture was taken during the period when Main Street was known as the Plank Road. The child in the picture was born in 1911. The house changed over the years and at one time was a tourist home.

Another view with one of the first cars in North Syracuse is from a post card. Fred’s grandfather was behind the steering wheel of a period Cadillac.

This 1939 picture, when teachers from the school next-door roomed with the Fergersons, shows the awnings that were installed for a family wedding. During World War II, The American flag was displayed.

Alfred E. "Fred" Fergerson, 69, always of North Syracuse, passed away Friday, November 17, 2017. He was the son of the late Alfred H. and Myrna O. Balsley Fergerson and was also predeceased by his sister, Lynda Fergerson. He graduated from North Syracuse High School, OCC, Oswego State and Simmons School of Mortuary Science. A licensed Funeral Director, he was owner of Fergerson Funeral Home and belonged to CNY, NYS and National Funeral Director's associations.
Currently he was serving as Deputy Mayor for the Village of North Syracuse and had several mayoral appointments to various village committees. He was inducted in 1993 to the North Syracuse Wall of Distinction at CNS High School.
For 50 years, he has been a member of the National Ski Patrol, Syracuse Section, Song Mountain Patrol and received National Appointment No. 5832. He was a volunteer instructor for the American Red Cross EMT programs and lectured at OCC police academy. Always fascinated with airplanes and flight, he was a general aviation pilot with the Grey Hawks Flying Club and the Civil Air Patrol. He was a certified solo, rescue and master scuba diver.
He was a communicant of St. Rose of Lima Church, a member of Bishop Curley Council 3717 K of C and Jeremiah McCarthy Assembly; past master and member of Memorial Lodge No 648 F&AM, Central City Bodies AASR, Tigris Shrine, R.O.J. Ct 79, Royal Arch Masons, the Commandery, York Rite College and Centerville Chapter No. 185, OES.

Meet our staff. Members of the local community make everything that happens possible.
Together, we make this place amazing. 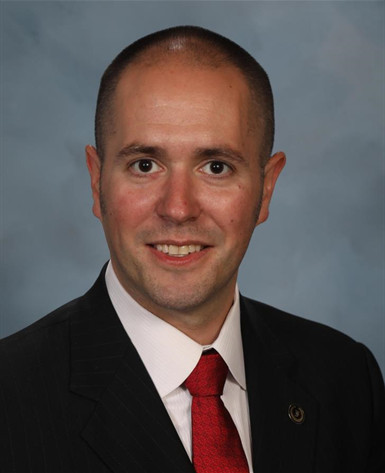 Alfred W. “Bill” Fergerson represents the third generation of LFD’s (Licensed Funeral Director) in the Fergerson family, as well as the seventh generation to live on the same land in the center of North Syracuse. He joins his parents Fred and Pat Fergerson in the business begun by his grandfather, Alfred H. Fergerson.

He graduated from Cicero North Syracuse High School in 2002. He completed two years of study in one year graduating in 2003 from Simmon’s Institute of Funeral Service in Syracuse with an Associate Degree. His academic and clinical studies included classes in sciences such as anatomy, chemistry, microbiology and embalming, business and social sciences, including bereavement counseling, law and ethics. While a student there, he taught computer classes to his classmates and was a member and secretary of Sigma Phi Sigma fraternity. Upon graduation, he passed the Funeral Service Academy’s National Board Exam and then served a required one year residency as a registered intern with the family firm. During that residency, he passed the NYS Department of Health’s Bureau of Funeral Directing Law Exam in Albany. He continued his education at LeMoyne College graduating with a degree in Business Administration.

Bill has always been active in community events. He was a member and leader of Troop 150 Boy Scouts of America for many years. He is a third degree member of the Bishop Curley Council No. 3717 and fourth degree member of Msgr. Jeremiah McCarthy Assembly, Knights of Columbus of North Syracuse. He is a communicant of St. Rose of Lima Church where he serves as a Eucharistic minister. He is a volunteer Ski Patrolman with the Song Mt. Ski Patrol. He also is a certified SCUBA diver and has traveled around the world in pursuit of these two sports. He is a officer in Memorial Lodge No. 648 F&AM of North Syracuse, a 32nd degree member of the Central City Bodies of Ancient Accepted Scottish Rite in the Valley of Syracuse, a Shriner, he is a member and V.P. of the Director's Staff of the Tigris Temple of the Ancient Arabic Order of the Nobles of the Mystic Shrine, of Liverpool and the York Rite Central City Riverside Chapter No. 70 Royal Arch Masons, Central City Council No. 13 of Syracuse. He also is a member of the Centerville Chapter No. 185, Order of the Eastern Star, North Syracuse.

Why is he called “Bill”? It has been a tradition in the Fergerson family to name the first born male in each generation “Alfred”. The middle name is from the maternal grandfather’s first name. Another tradition is not to leave the land they have occupied since 1826. At one time, three Alfreds lived in one house (now the family home). To avoid confusion they called the oldest, Bill’s Great-grandfather, Alfred C. “Alfred”; the next, Alfred H. “Al”; and the next, Alfred E. is called “Fred”. When Alfred W. came along, his nickname was from his middle initial (William) so he is “Bill”. 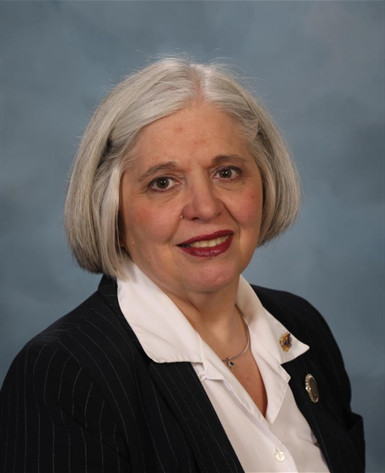 A native of Syracuse, Pat is a graduate of Lafayette Central Schools, LeMoyne College, Simmons School of Mortuary Science and was licensed in 1976 as a NYS Licensed Funeral Director. She continues to be a Director with Fergerson Funeral Home.

Active in the Village of North Syracuse, she promotes the Tree City program for the Village and has chaired the Arbor Day celebrations since 1988. Also, she is treasurer for the North Syracuse Family Festival Committee, chair of the Village of North Syracuse Housing Authority, a past president of Bishop Curley Council 3717 Columbiettes, a member of Centerville Chapter No. 185 OES, a charter member of CNS Optimists, a communicant of St. Rose of Lima Church, an over 20 gallon donor to the American Red Cross and is currently president of CNY Chapter, NYS Women, Inc.

Find everything you need.

See where we are located.